Yoichi Yabe’s international debut as a photographer was in 1989 when he had a chance to photograph major yachting events in Europe like the Admiral’s Cup, Laser Worlds, Tjorn Runt, La Nioulargue, Whitbread Round The World Race, with strong backing from a Japanese publisher Kazi Co., where he had started his career as staff photographer.
Since then, he has covered numerous yachting pinnacles, the America’s Cup (since 1992), the Olympic Games (Barcelona, Atlanta), Whitbread/Volvo Race, Mini Transat, BOC/5 Oceans Solo Round the world, the Race, etc. He also has followed Japanese ocean sailor, Kojiro Shiraishi who has rounded the world solo three times.

He started his own office called Office 11 in 1999, and contracted with Kazi Co. as a chief photographer.
In 2010, he was assigned to record the major refit of J Class Endeavour, one of the most beautiful and important yachts in the world.
One of his favorite yacht races is the Transpac (from L.A. to Hawaii). He has been onboard Japanese racing boats, Bengal II, Bengal 7 and Tachyon, and did 5 Transpac so far to make their record books.
His love in beautiful curves and craftsmanship led him to the world of classic wooden boats. At home in Japan, he crews for 1972 S&S varnished mahogany sailboat named Khamsin, and in Europe, he is a regular face at Panerai Classic Yachts Challenge as, of course, a photographer.
He not only pursue photography but also does writing and translation (English to Japanese), and has done a lot of repotage mainly in magazines.

The wind, the light, and the sea has always been the object of his photography.

“I travel around the world with my cameras, always wanting to photograph the Wind” – excerpt from Yoichi’s photo book “Sea Scape” 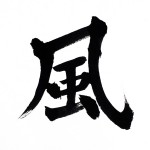 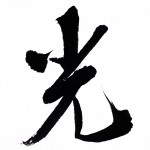 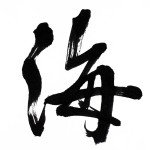 “The Wind, The Light, The Sea” Calligraphy by Kimiko Uemura